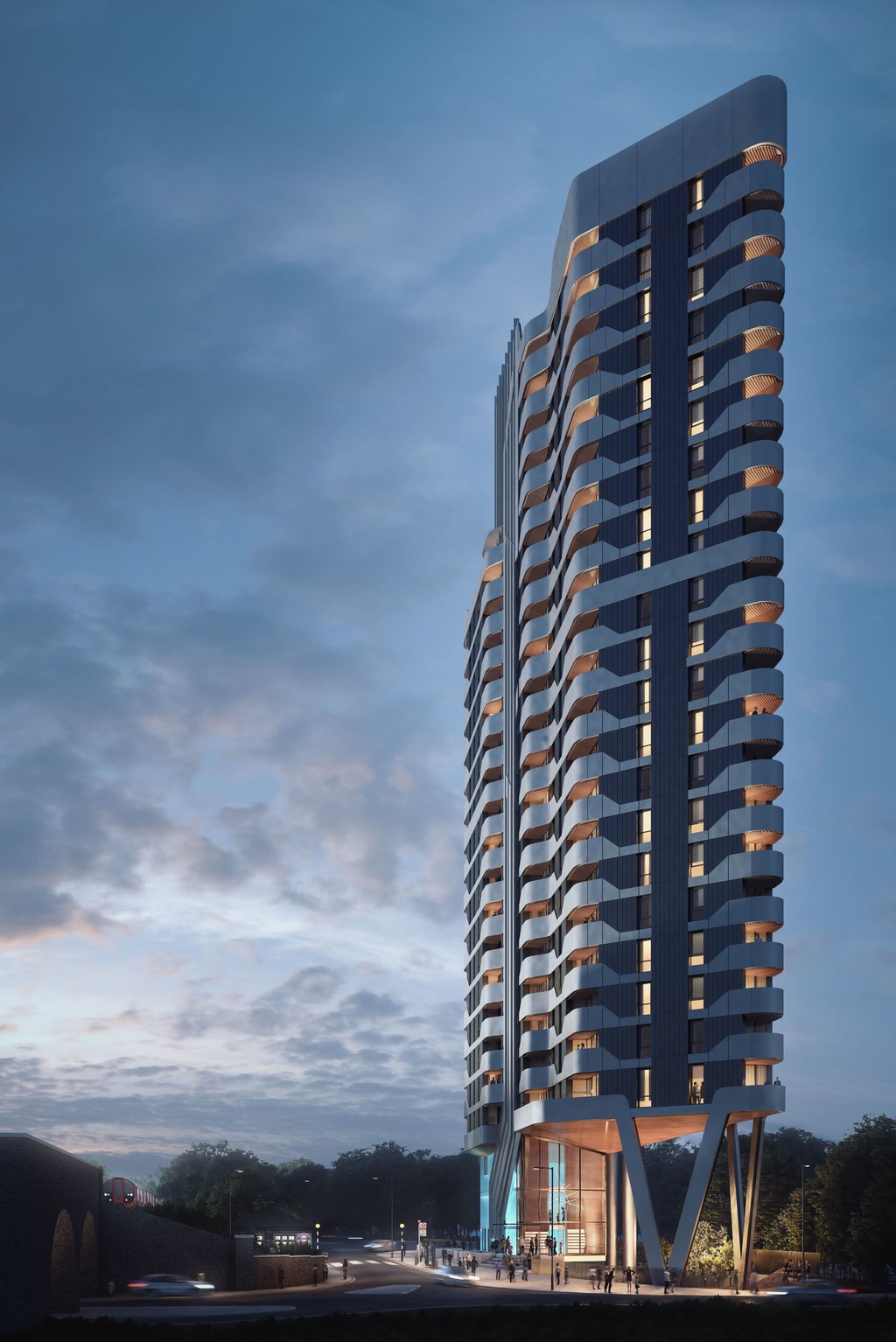 130 homes in a mixed-use development opposite Stonebridge Park station.

In October 2019 we secured, by a unanimous decision, a resolution to grant planning permission for Argenta House in Stonebridge, north west London. In conjunction with Beaufort Capital we have obtained consent to transform a disused, two-storey commercial building opposite Stonebridge Park station into a desirable and thriving place to live. The scheme can accommodate 130 residential units in a 24-storey tower alongside cycle and car parking as well as a re-provisioned kiosk to support the local community and commuters.

We think the site will be instrumental in the regeneration of Stonebridge Park, creating a new local landmark for the area and acting as a gateway for visitors and residents using the station. As well as providing new homes, the plans will also re-route Wembley Brook to revive this section of neglected riverside to encourage greenery and wildlife to flourish in an otherwise urban location.